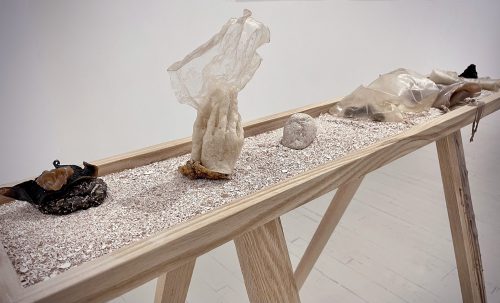 Galerie Hugues Charbonneau is delighted to present the group exhibition L’érosion de la scène. David Lafrance will be accompanied by the guest artists Miri Chekhanovich and Isabelle Parson. The title of the exhibition is a reference to an excerpt from the essay L’invention du Paysage by the philosopher Anne Cauquelin, in which she describes the evolution of landscape art over the course of the centuries. Among the ideas expounded in this text, there is the one that claims that the landscape could gain from a detachment from all decorative restrictions.

The exhibition focuses on the ecosystems that were subjected to human industrial and post-industrial activity. The three artists are interested in a variety of mindsets that are conducive to observing nature. The subjects they study are transformed over the course of time and the seasons. Through observations and studies of materials, the artists reveal a succession of “local, spontaneous and furtive marvels, like sprouting seeds breaking through the spring soil”. The resulting artworks underline the complexity of our relationship to the outdoors. The insistence, even the stability of the approaches, leads to a series of observations in which the parallels are rich and revealing, giving rise to discoveries that are at once intoxicating and disturbing. 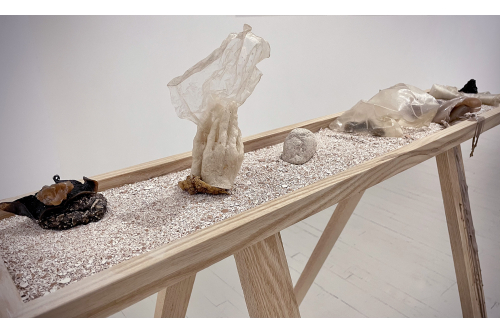 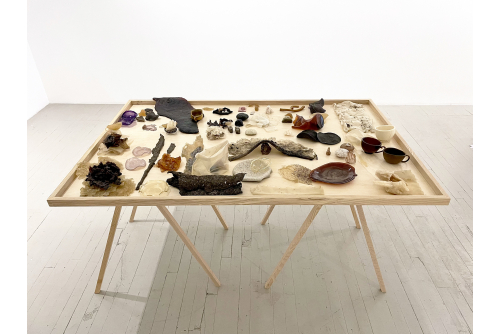 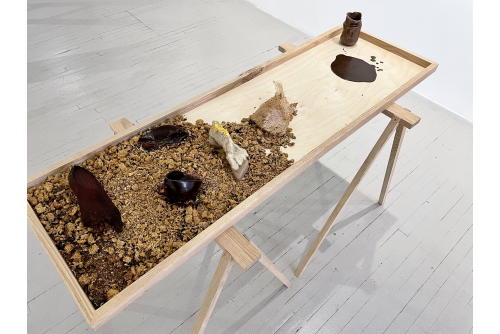 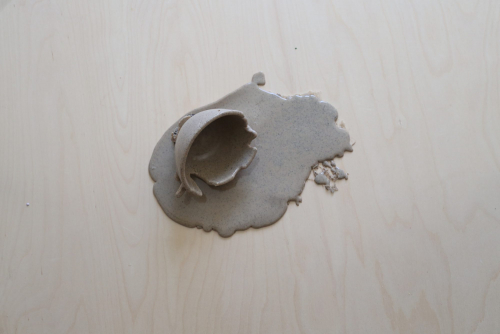 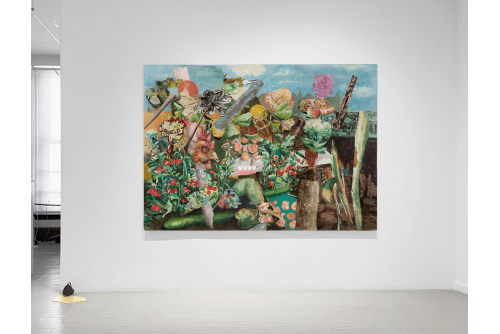 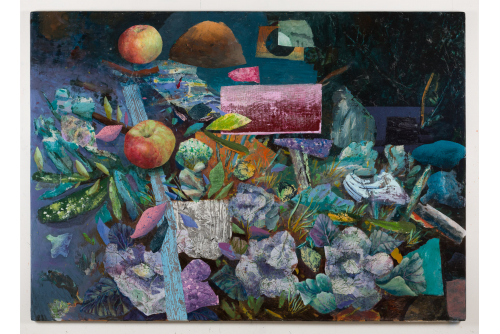 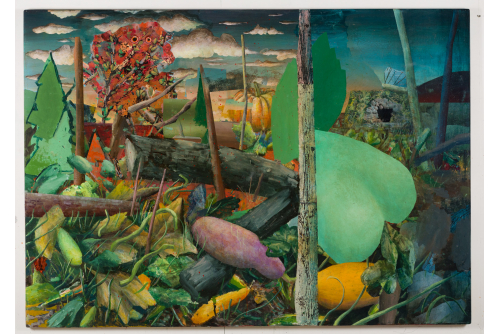 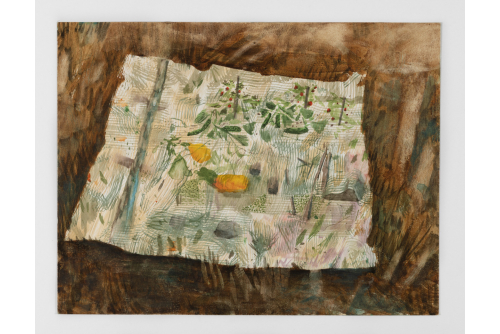 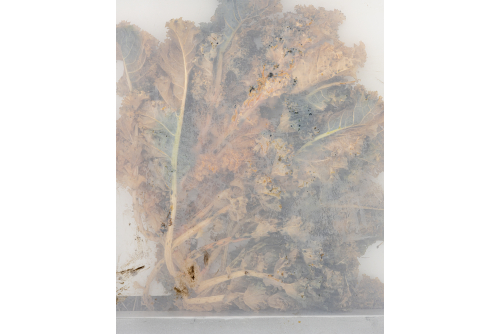 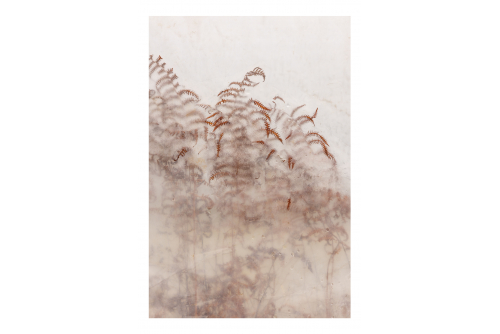 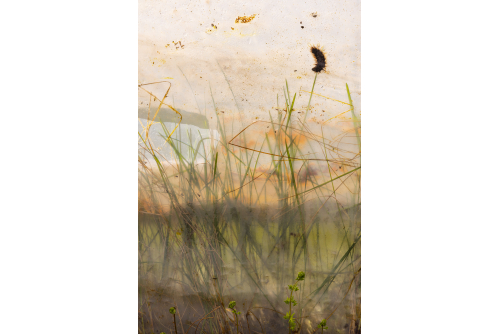 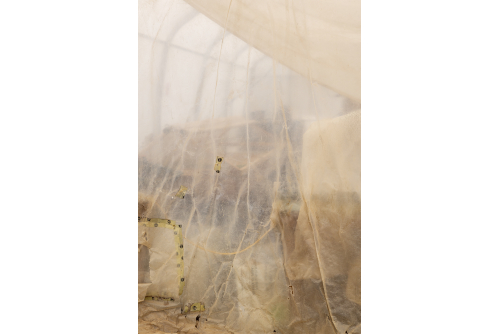 The work by the interdisciplinary artist Miri Chekhanovich combines research on biomaterials, video and installation. Born in Armenia, Miri grew up in Jerusalem and immigrated to Canada in 2013. She currently lives and works inTiohtià:ke, Montreal, where she completed an MFA with focuses in Studio Arts, Fibres and Material Practices at Concordia University. Her work is an invitation to slow down and to cultivate “acts of taking care”. Guided by intuition, her work tells stories about waste, climate change, geological history, biology, traumatic wounds and the illusion of time. She is a politically engaged and involved artist who applies a gentle manner to create a work triggered by a state of emergency. This contradiction of sensations seeks to alternate from one state to the other in view of sharing and including these interventions in public space. She invites viewers to join forces and to become active participants in the development of the work and its rallying ideas. Her video installation Être avec was presented at Centre Phi in Montreal, as well as part of the 2019 Venice Biennale. Chekhanovich’s work is supported by the Canada Council for the Arts, the Conseil des arts et des lettres du Québec and the National Film Board. Her university research has received support from the Fonds de recherche du Québec – Science et culture (FQRSC).

David Lafrance (b. 1976) holds a MFA from Concordia University, Montréal (2021). His work explores our contact with nature and the environment under the influence of a tension arising from the juxtaposition of the chosen subject and the hostility of a proposed environment. Put together in random ways, like collages consisting of multiple pentimenti, the fragmented subjects evoke the ambivalence of delivering a clear message regarding the status of the painted landscape in the time of ecological catastrophes. The artist’s work has been presented in numerous exhibitions and biennales in Canada, the USA, and France. He has recently participated in several solo exhibitions, notably at Galerie Hugues Charbonneau (2021), Maison de la culture Marie-Uguay (2018), Ceaac in Strasbourg (2015), L’Œil de Poisson in Quebec City (2014), and Musée régional de Rimouski (2012). His works are part of several collections, among which those of the Musée national des beaux-arts du Québec, Musée d’art contemporain de Montréal, d’Hydro-Québec, the Caisse de dépôt  placement du Québec and Mouvement Desjardins. He lives in Montréal and works in Saint-Jean-Baptiste de Rouville.

Isabelle Parson is pursuing an MFA in photography at Concordia University. For several years, Parsons has used a greenhouse as a studio, a space that she chose for the uniqueness of its fluid and diaphanous light. Her practice involves reminiscing about lived experiences, among which an imminent death at the age of 7. Through photography, Parson develops a sensitive vision that emphasizes on wat symbiosis at the edge of the organic, mineral and synthetic brings forward. Inspired by her experiences and feminist approaches that question matter and its agency, and with an awareness of the fragility of existence, she focuses on the notion of a passage from the inert to the living. Her work has been presented in recent exhibitions, notably at Art Souterrain (Créer des Ponts, 2021), Artch – art contemporain émergent (2020) and Foire d’art contemporain de Saint-Lambert (2020-2019). She has won several awards and distinctions, among which The Mildred Lande and Margot Lande Graduate Scholarship in photography (2022, Concordia University), and the Outstanding Young Artist Prize awarded by Esse magazine (2021). In 2021, Isabelle did a residency project focusing on the Culture Montéregie’s Instagram account titled “Culture vitale, culture locale”. Her works have been acquired by private and institutional collections.