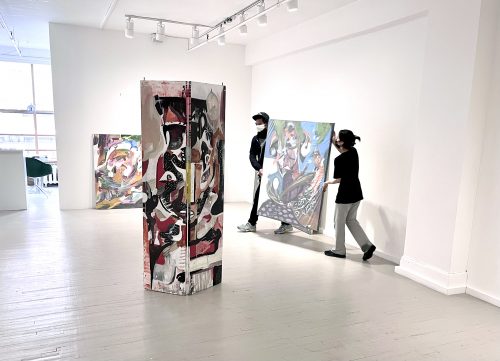 This exhibition highlights four of the most talented artists currently on our radar. This project is intended as a way of contributing to their momentum… but it is also a gift for the team of the gallery and for all those who follow its exhibition program. We will have the privilege of deepening our understanding of these fascinating and promising artistic practices together. 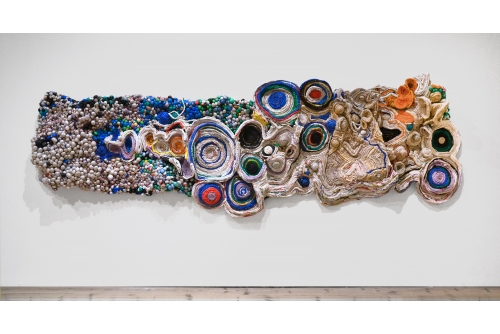 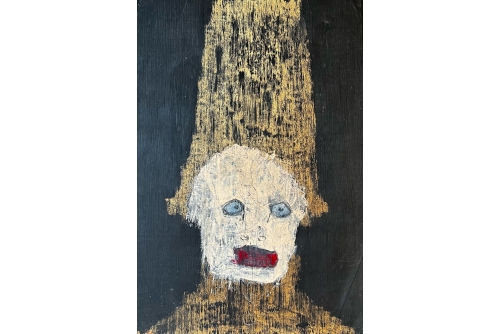 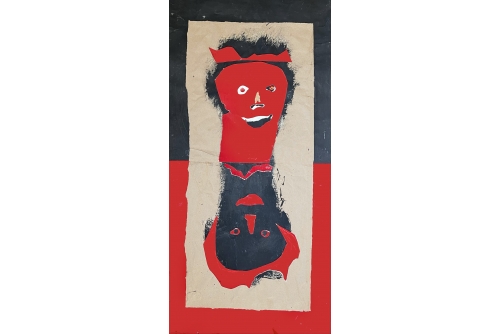 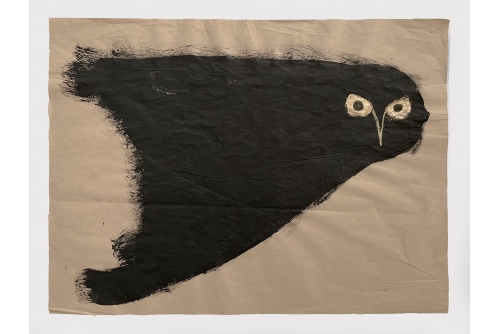 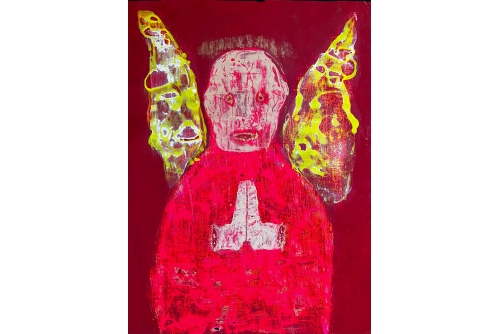 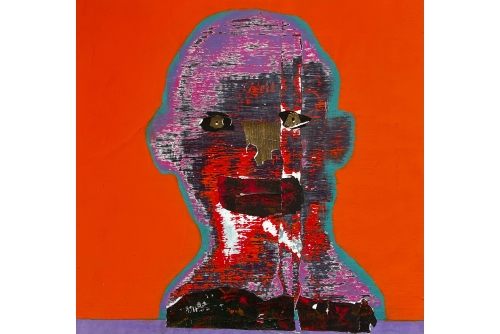 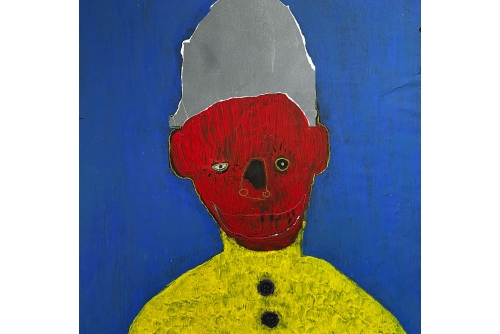 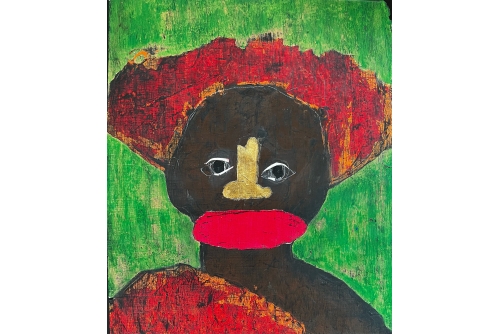 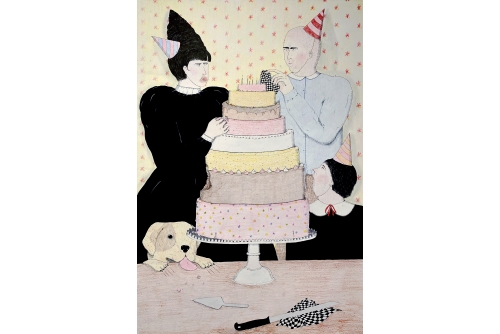 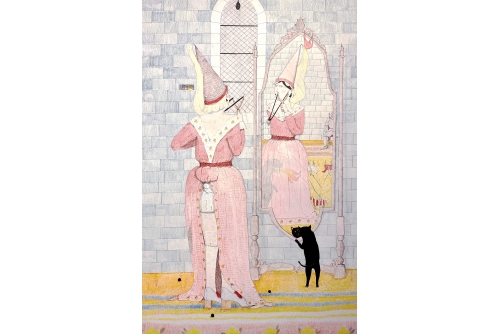 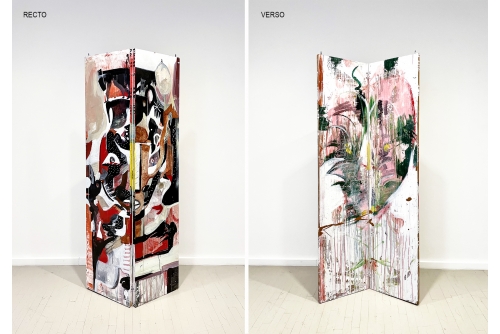 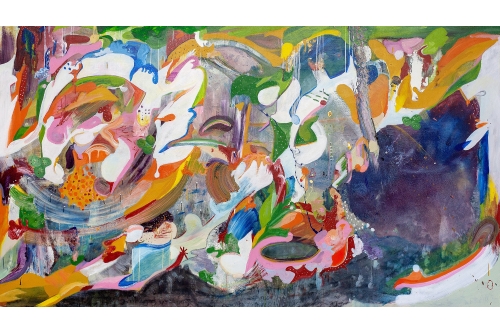 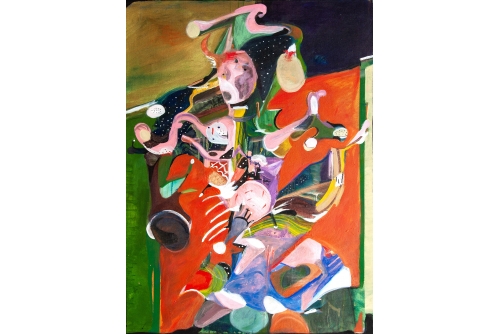 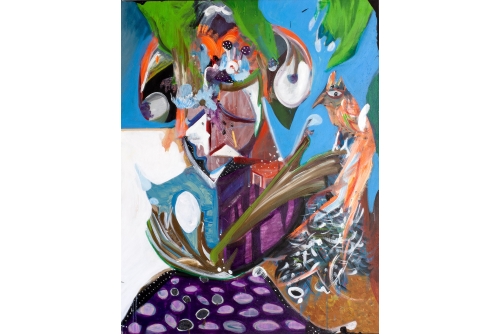 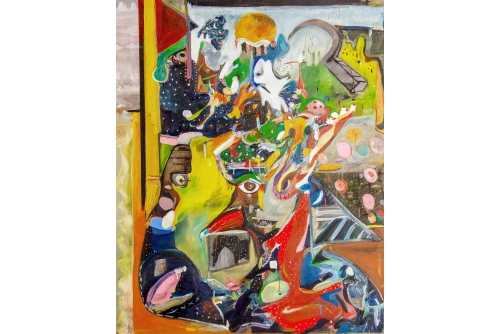 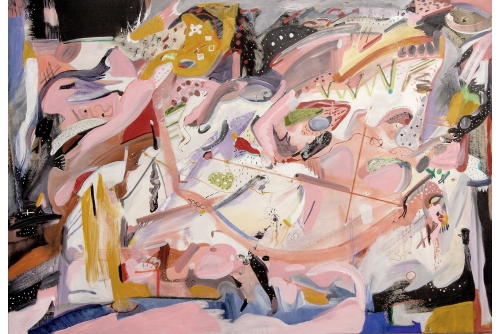 Ifeoma U. Anyaeji is a Nigerian neo-traditional artist born in Benin City. Growing up in a society fueled by the duality of excess and repression, where art was yet to be accepted as a “decent” profession, Ifeoma decided to take-up art as a full-time career exploring her boundaries, as a female artist beyond the conventions of her initial academic training in painting. She later went on to pursue her earlier interest in sculpture and engaging further her passion for non-conventional art making and repurposing discarded objects, an interest stimulated by the constant environmental problems she encountered around her community particularly from non-biodegradable plastic bags and bottles which were in abundance. She transforms her primary medium by applying her crafting skills in a receding traditional Nigerian hair plaiting technique called Threading, combined with traditional basketry and fabric weaving techniques. Ifeoma creates sculptures and installations that reference architectural forms, domestic spaces and furnishings, reiterations of cultural experiences, and discourses about the human body. And by spontaneously engaging the “old”, she questions the implications of modernity’s: consumptive systems of mass accumulation and waste generation, definitions of cultural assimilation and attitude to value, the expiration-date syndrome, and colonial orientations on beauty. Her art has been exhibited in multiple institutions, including recently the National Museum of Contemporary Art, Athens (EMST) and Fondation Villa Datris pour la sculpture, in Paris.

Nathan Eugene Carson (lives and works in Hamilton, Ontario) received a BFA from the Ontario College of Art and Design in 2005. His most recent solo exhibition, Cut From The Same Cloth (curated by Laura Demers and Joséphine Denis) was first presented at The Power Plant in 2020 and is now touring in multiple Canadian institutions. The overall artistic production of Carson delineates complex, multifaceted experiences that inform the inherited resistance and culture that Black communities usher into public consciousness alongside conspirators, with a reinforced sense of promise. His most recent series of paintings on paper is a hopeful epilogue relaying transformative acts and celebrating characters whose wayward ways of being are testament that we are all indeed cut from the same cloth. The artist also explains: “Part of my process as I begin drawing and painting is to collect old materials that have been discarded such as paper, cardboard and old gift cards. I want to give these materials a new sense of purpose. I try with every finished work to convey that life has been breathed into it.”

Clovis-Alexandre Desvarieux was born in Haiti and now lives in Montreal. He obtained a degree in engineering from Concordia University before devoting himself to visual arts. Desvarieux explores universal concepts through the prism of Haitian mythology and history. He is interested in the full potential to which humans can aspire in a social context. The works exhibited in “Radar” are icons representing voodoo deities. Thus, Danbalaah Wedo (the father of all spirits who personifies wisdom and goodness) co-habits with Jean Dantô (the one who initiates mortals to the spiritual life) and Minister Azaka Mede (the minister of abundant harvests). We also invite you to pay attention to a representation of Papa Legba (the divinity of the frontier between the visible and the invisible) on an accordion-shaped closet door. Desvarieux is interested in manifestations of the archetypes that orchestrate the Haitian spheres. He draws from the narrative universe of important Haitian masters, such as Hector Hyppolite, Philomé Obin, Jean-Claude Garoute, Louisianne Saint-Fleurant and André Pierre. He also incorporates influences from Western art movements such as abstract expressionism and cubism.

Allie Gattor holds a BA in cultural anthropology and an MA in museum studies. She is based in Montreal. She recently drew attention through participation in events focusing on emerging artists, such as Artch and Créer des ponts. Her work combines drawing techniques and a variety of mediums such as pen, pencil, ink, and watercolours. She works in various formats from the very small to human scale. Allie Gattor’s creative process begins with the observation of everyday life. The artist is captivated by the marginal and subtle aspects of certain situations, emotions, and people. While her drawings are reminiscent of children’s book illustrations, Allie Gattor’s works can be surprising with their combination of playfulness and dark humous. Particularly drawn to the strangeness of the human condition, the artist transposes her experiences onto paper to create an imaginary world filled with myriads of characters. Her work conveys themes of boredom, frustration, anxiety, joy, absurdity, naivety, and excess, always with a playful touch.