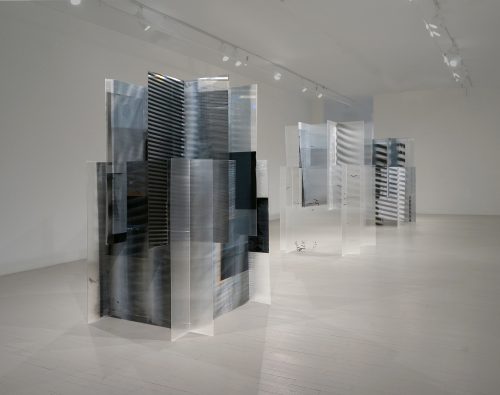 In revisiting abstract painting, op art and kinetic art, as well as experimental cinema, the painting-screens of Jonathan Plante explore, amplifie and systematize the plastic character of the movement. The paintings and silkscreen prints on lenticular supports display images that foreground the indissociable link between the viewer’s movements and his or her perception.

The artist uses the term “kinoplastic” to describe his explorations of the painting’s temporalities. The word was first used by the art historian and essayist Élie Faure in his 1922 article “De la cinéplastique”. He here envisaged “an art where time would really become a dimension of space.” In redefining Faure’s investigations in the current context, Jonathan Plante draws inspiration from his thinking to enrich his research. How can one think the image in a society where attention is constantly lured by movement? Movement becomes the law of our relationship to the world and it formats the way in which we read it. According to Plante, this perpetual movement has nowadays become the tool of an economy based on the creation and commodification of experiences.

Jonathan Plante lives and works in Montréal where he obtained a BA in Interdisciplinary Studies from Concordia University and is completing an MFA at UQÀM. In a practice that he characterizes as “kinoplastic,” he explores the conditions of the appearance of movement in the image. He is particularly interested in the still image that is set into motion by the viewer’s movements. Echoing op art and experimental cinema, his exhibitions are a fieldwork exploration of visual perception. Through an investigation of the image’s temporalities, he searches for new ways of seeing. In 2005, he travelled to Amsterdam for a two-year residency at De Ateliers. Throughout his stay in the Netherlands, he participated in solo and group exhibitions. In 2008, his work was included in the first Québec Triennial: Nothing is lost, nothing is created, everything is transformed, organized by the Musée d’art contemporain de Montréal. He presented the solo exhibitions Palindrome at the Musée d’art contemporain des Laurentides in 2010, Parallaxe at Galerie Division, in 2011, Moonwalk, in 2014, at Galerie Hugues Charbonneau, which represents the artist’s work and Angle Mort at Galerie de l’UQÀM, in 2017. In 2013, he proposed a solo exhibition for a young audience, Lapincyclope, at VOX — Centre de l’image contemporaine in Montréal. Lapincyclope subsequently travelled to nine venues in Québec and Canada. In 2017, he will hold a solo exhibition at L’œil de poisson in Québec City. His works are part of private and public collections, including the collections of the Musée d’art contemporain de Montréal and the Musée national des beaux-arts du Québec. 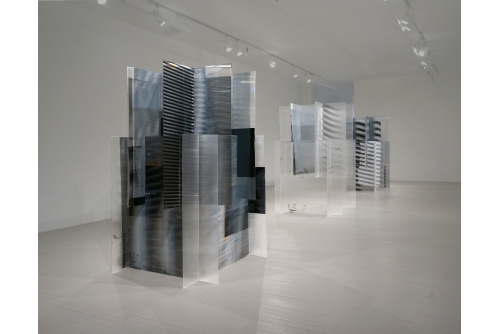 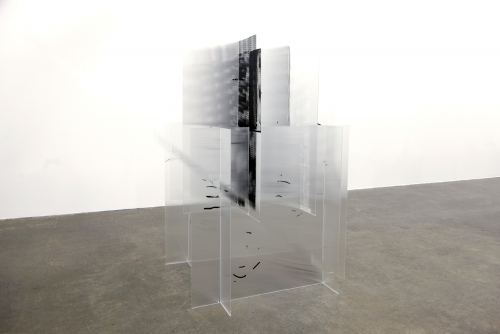 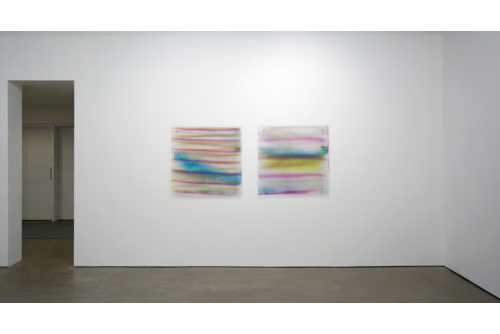 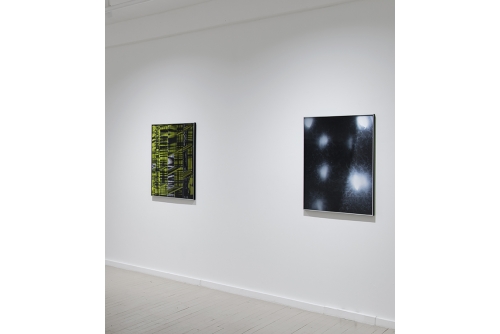