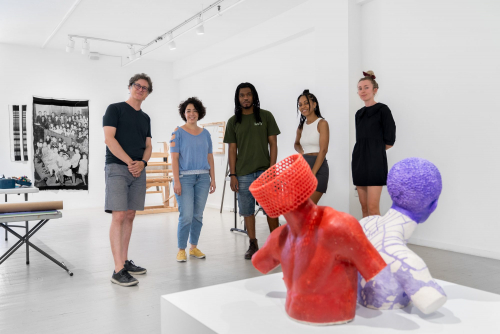 Open Studios August 2 from 4 to 7PM

Over the past year, Allie Gattor, Patrick F. Henry, Michaëlle Sergile, Leila Zelli and Hugues Charbonneau met on multiple occasions to discuss their respective journeys in the world of contemporary art. They would like to express their gratitude to gallery owner Pierre-François Ouellet, curator Eunice Bélidor and artist Manuel Mathieu for the precious time they accorded them. The gallery’s summer residency program will place Gattor, Henry, Sergile and Zelli’s artistic approaches at the very center of the reflections explored during the past twelve months. Later this summer, the public will be invited to meet the artists and learn about their work during an open house. 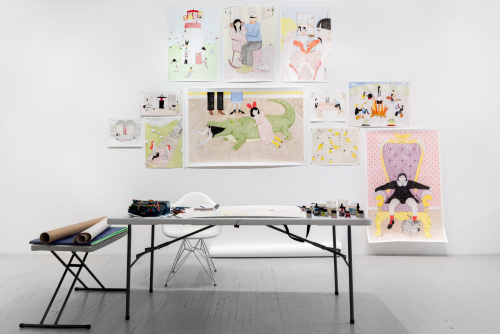 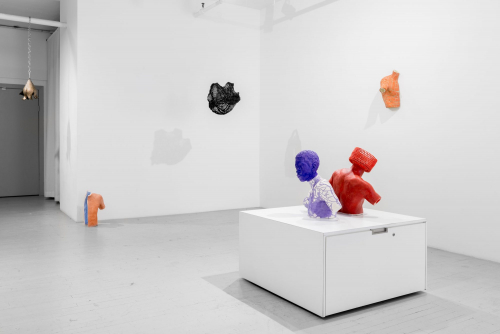 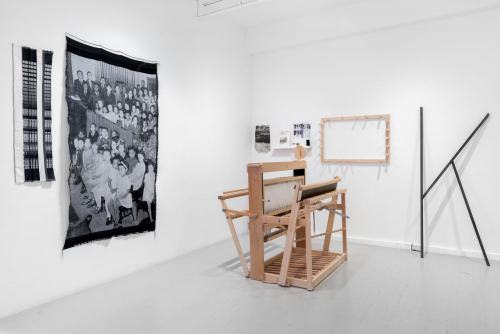 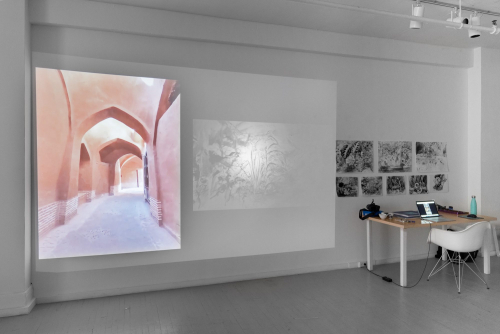 Allie Gattor is a self-taught artist based in Montreal. She recently drew attention through her participation in events focusing on emerging artists, such as Artch and Créer des ponts. She combines drawing techniques and a variety of mediums such as pen, pencil, ink, and watercolours, working in various formats from tiny to human scale. Allie Gattor’s creative process begins with the observation of everyday life. While her work is reminiscent of children’s book illustrations, Allie Gattor’s work is cathartic and can be surprising due to their combination of feminism and dark humour. Her drawings touch upon themes such as anxiety, depression, isolation, human relations, and the absurdity of the human condition, always with a cheeky touch.

Patrick F. Henry is an artist of Haitian origin who has been living in Montreal since 2011. He is a graduate of the University of Quebec in Montreal (2019). He received the McAbbie Foundation Sculpture Excellence Grant from the School of Visual and Media Arts (UQAM) for his installation titled Je suis nouveau ici (2020). A multidisciplinary artist, he explores the theme of “becoming” through sculpture, painting and installation. Through the appropriation of everyday objects deviated from their function, of reclaimed materials, his works most often unfold in the form of a site promoting relations with the viewer, inviting him to experience of self-reconstruction.

Michaëlle Sergile is an independent artist and curator working mainly on archives including texts and works from the postcolonial period from 1950 to today. Her artistic work aims to understand and rewrite the history of Black communities, and more specifically of women, or communities living in diverse intersections, through weaving. Often perceived as a medium of craftsmanship and categorized as feminine, the artist uses the lexicon of weaving to question the relationships of gender and race. In 2022 she exhibited at the Musée National des Beaux-Arts du Québec, the Musée d’art de Joliette and the Off Biennale of Dakar. She was also nominated for the Sobey National Recognition Award that same year.

Born in Tehran (Iran), Leila Zelli lives and works in Montréal. She holds an MFA (2020) and a BFA (2016) in Visual and Media Arts from Université du Québec à Montréal (UQAM). Zelli is interested in the relationship that we have with the ideas of “others” and “elsewhere” and more specifically within this geopolitical space often referred to by the questionable term “Middle East.” She creates in situ digital installations using existing images, videos and texts often found on the Internet. The resulting visual and sound experiences create an opportunity to reflect on the state of the world, the relationship with the Other and the actual effect of our actions on humanity. She is the 2021 laureate of the Claudine and Stephen Bronfman Fellowship in Contemporary Art. She is represented by Pierre-François Ouellette Art Contemporain.