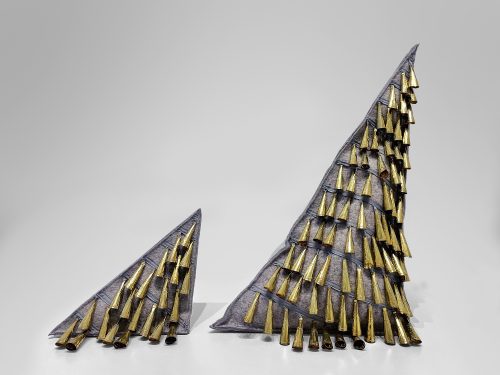 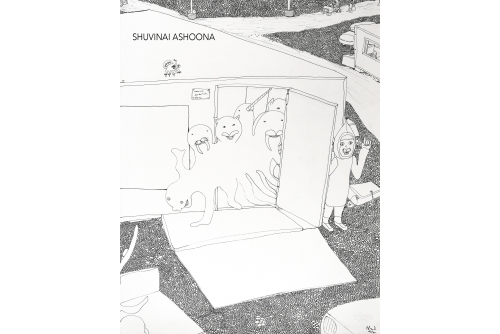 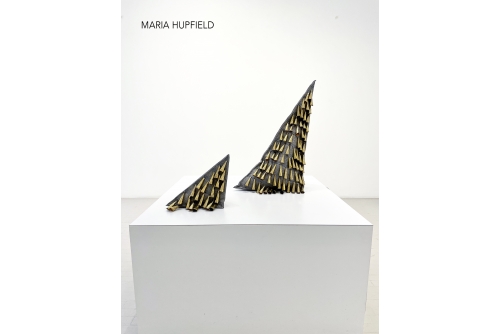 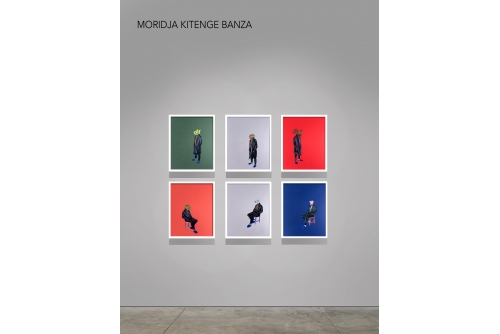 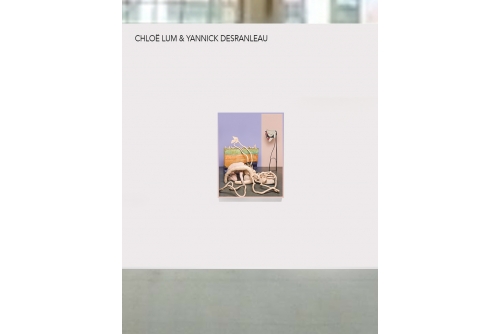 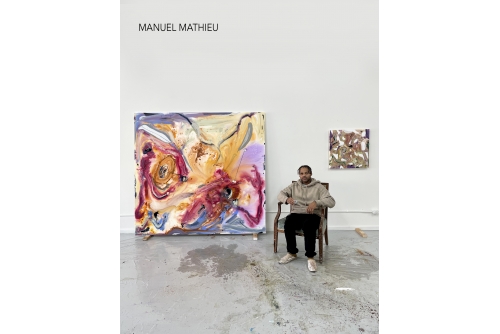 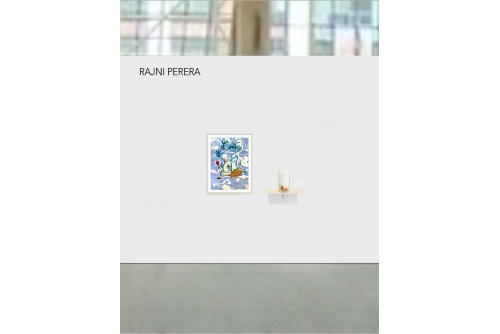 Transdisciplinary artist Maria Hupfield activates her creations in live performances. She is interested in the production of shared moments that open spaces for possibility and new narratives. In her work, these moments of connection are recalled and grounded by coded and re-coded hand-sewn industrial felt creations and other material mash-ups worn on the body. An Urban off-reservation member of the Anishinaabek People she belongs to Wasauksing First Nation in Ontario, Hupfield is deeply invested in embodied practice, Native Feminisms, collaborative processes, craft and textiles.

Je crois savoir comment il me voit (I Think I Know How He Sees Me), is a series of self-portraits in colored pencils that discusses my relationship with “Papa” Abel; a tall man who spoke good French. Every evening he sat on the low wall behind the house, his plate in his hands waiting for our leftovers.

In most contemporary African societies, the mentally ill are perhaps the most stigmatized people. In some countries, locking up and shackling are the means used to protect others and themselves. My proposal is guided by a return to my childhood memories from which I draw what remains of the bond I had with a man put aside by society. I couldn’t tell you anything about him other than the foods that constituted his weekly diet.

This work is a reflection on the relationship to mental illness in a culture (mine) where it is considered a bad luck but also the consequence of an unfulfilled pact with a sorcerer or an occultist.

Chloë Lum and Yannick Desranleau are multidisciplinary visual artists based in Montreal, Canada. Their work focuses on theatricality and the choreographic; in their performance work but also in their interest in staging tableaus and working with ephemeral materials that can be said to perform through re-deployment and decay. The duo’s recent works investigate the agency of objects, the material condition of the body, and the transformative potential that bodies and objects exert upon each other. These interests are informed by Chloë’s experience with chronic illness and its effect on their collaboration as well the duo’s exploration of narrative tropes from literature, theatre and television.

They have exhibited widely, notably at the Center for Books and Paper Arts, Columbia College, Chicago; the Musée d’art contemporain de Montréal; the Kunsthalle Wien; BALTIC Centre for Contemporary Art; Whitechapel Project Space, London; the University of Texas, Austin; the Confederation Centre Art Gallery, Charlottetown; the Blackwood Gallery, University of Toronto; and the Darling Foundry, Montreal. Lum and Desranleau are also known on the international music scene as co-founders of the avant-rock group AIDS Wolf, for whom they also produced award-winning concert posters under the name Séripop. Their work is in the collection of the Victoria and Albert Museum, the Montreal Museum of Fine Art, and the Musée d’art contemporain de Montréal.

Born in Haiti, Manuel Mathieu is a multidisciplinary artist based in Montreal. His work explores our intertwined lives, in which the lines between past and present, personal and political, are often blurred. While he shares memories of his own life experiences, such as a convalescence following a serious accident, Mathieu also blends into his canvases a reckoning with the complex history of his homeland.

Mathieu was the subject of solo exhibitions at the Montreal Museum of Fine Arts and The Power Plant (Toronto). He also participated in group exhibitions at the Musée d’art contemporain de Montréal, the Phi Foundation (Montreal), the AGO (Toronto), Gagosian Gallery (London), the Song Museum (Beijing), The Perez Art Museum (Miami) and the Kunstmuseum (Stuttgart). The Longlati Foundation and the Museum of Contemporary Art North Miami will present solo exhibitions of his work in 2022 and 2023.

The work of Sri Lanka-born artist Rajni Perera explores diasporic mythology through the lens of science fiction. Drawing upon her own rich visual experience of immigrant culture, and her environmental concerns arising from colonialism and the ravages of capitalist-driven resource extraction, she imagines an off-world that is triumphant.

Cindy Phenix’s work focuses on the relationship between the public and private spheres. She explores the various norms that govern them, the dynamic of their coexistence, the power relations they are the site of and the emotions they trigger. To this end, the artist creates complex scenes that convey powerful narrative and affective movements.

Phenix draws her inspiration from participation/discussion groups that she organizes and leads. Through collaborative projects and shared experiences, these groups aim to raise awareness of feminine experience. At first, the women are led to interact with artworks, to take part in games and to position their bodies in installations created by the artist. They are then invited to share anecdotes and reflections as part of the discussions that Phenix guides. The bodily performances and stories shared in the process serve as fertile analysis ground for the artist who reinterprets them in her compositions.